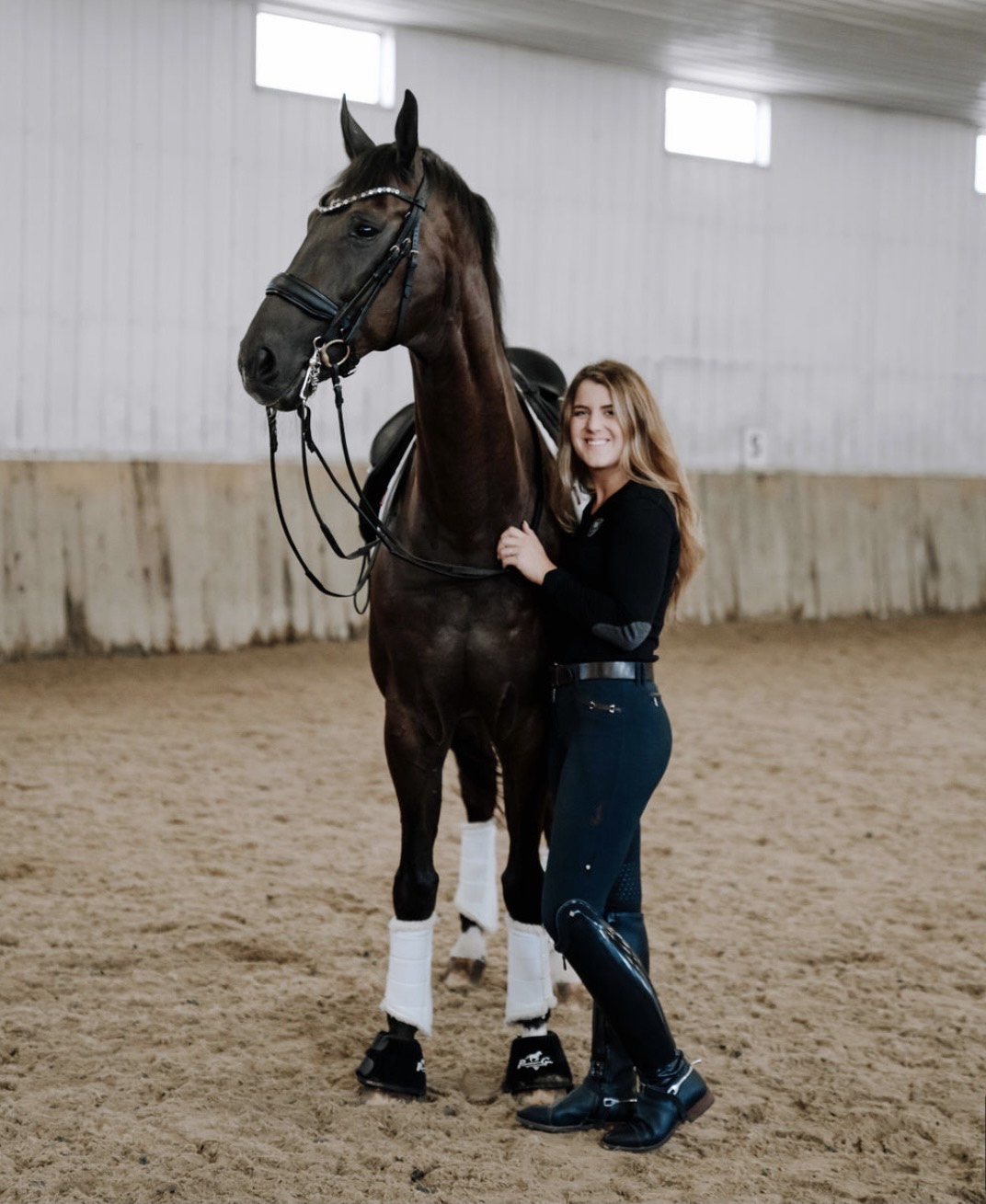 Mackenzie Thiessen is a passionate young dressage rider with big aspirations.  She is delighted to be welcomed onto the Neue Schule team.  Mackenzie chooses Neue Schule bits to have the most harmonious communication possible with her equine partners.

My top horse, “Verdades,” was in a horrific accident in the summer of 2011 which resulted in a severely fractured jaw. He underwent a lengthy surgery and his jaw was held together with wire, rods and screws for months. It was unclear whether this horse would ever wear a bit again. As he healed, I began walking him on a loose rein in a snaffle and when x-rays allowed us to go back to work, I proceeded with caution.

Even though we made our CDI debut in 2012 at the Small Tour and had success in the Int. II, we constantly struggled with his mouth. He was very “busy,” and when we began working the Grand Prix, it was clear we needed help. My trainer suggested I call Barbara Biernat at Horse and Rider. She sent me a package of Neue Schule bits to try and from the first moments, I noticed improvements. Before I had even mounted, my horse was salivating and quieter in his mouth. He seemed more willing to “hold” the bits rather than spit them out. My score in the CDI GP increased by 5% in just one competition!

Even though we have since further refined my horse’s bit selection, the difference was clear from the beginning. You can have all the best training in the world, but having the right equipment to deliver that training is priceless. Whether I am looking to prevent a problem or solve a new one, I turn first to Neue Schule bits! “We love the fit and ultimate comfort that Neue Schule bits provide for our horses. The difference has been clear on each horse, from the first ride!